Blog: Recent Focus on Environmental and Occupational Exposures to Trichloroethylene (TCE) as Part of a Complex Combination of Factors Leading to Parkinson’s Disease 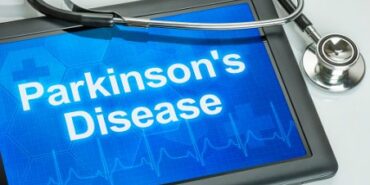 In response to rising rates of Parkinson’s Disease, attention has been focused on finding the cause or causes. One of these focus points landed on environmental exposure to trichloroethylene (TCE) as a contributing risk factor. Researcher, Briana R. de Miranda, a toxicologist who studies TCE at the University of Alabama, Birmingham School of Medicine and has recently published on TCE as an environmental contaminant and risk for Parkinson’s is quoted in the Guardian stating, “We are under-sampling how many people are exposed to TCE. It’s probably a lot more than we guess.” In her research, author de Miranda concluded “[t]he selective vulnerability of dopaminergic neurons to mechanisms of TCE-induced toxicity make the solvent a candidate for PD (Parkinson’s Disease) risk”, however determined further research was needed to gauge the role of TCE (and/or similar organic solvents) in neurodegeneration. Further, de Miranda noted that individuals with known Parkinson’s Disease risk factors, including the LRRK2 mutation, “may benefit from certain preventative measures (e.g. water or air filtration) if they live or work in an area with high TCE contamination”.

On January 13, 2017, the Agency for Toxic Substances and Disease Registry (ATSDR) completed and published their study, an Assessment of the Evidence for the Drinking Water Contaminant at Camp Lejeune and Specific Cancers and Other Diseases. The study entailed epidemiological evaluations and assessments to determine if the military personal, Marines and Navy, as well as civilians residing and working in the Marine Corp Camp Lejeune located in Jacksonville, NC were at an increased risk for certain health effects as a result of exposure to potable water on the base found to be contaminated with volatile organic compounds (VOCS). The ATSDR study used data from water modeling to reconstruct monthly levels of contaminants in the base drinking water that included trichloroethylene (TCE). Parkinson disease was found to be elevated among civilian workers at Camp Lejeune but could not be evaluated in the study of Marines/Navy personnel due to small numbers of test subjects. The ATSDR integrated their findings from Camp Lejeune with findings from studies of other populations found to be exposed occupationally or environmentally to the same chemicals detected in the drinking water at Camp Lejeune including, TCE, to assess the strength of the evidence supporting causality of adverse health effects from exposures to the drinking water contaminants. The ATSDR determined the epidemiological evidence for TCE exposure and for tetrachloroethylene (PCE) exposure as a risk for Parkinson disease was limited to only a few studies. From this, the ATSDR placed a high weight on studies and articles associated with “mechanistic information” from animal studies for evidence of causation. With regards to Parkinson’s disease and TCE, the ATSDR assessment found “equipoise and above evidence for causation”. Meaning although the combined human and animal evidence may not be sufficient to conclude with certainty that a causal relationship exists, it is sufficiently strong to infer that the evidence for causality is above equipoise.

Further, during their study the ATSDR researchers focused on occupational exposures to “any solvents” including chlorinated solvents, aromatic solvents, and TCE/PCE with the exception of the review of one study looking at VOC contaminated drinking water. Exposure assessments were predominantly based on a job/exposure matrix from the review and assessment by industrial hygienists of work/job histories obtained through interviews or plant records.

Risk factors associated with exposures such as those evaluated as to TCE and Parkinson’s disease, should include frequency, duration, and strength of dose, as part of a complex combination of factors with numerous potential exposure pathways that include both workplace and environmental exposures. RHP’s team of trained health scientists and risk assessment specialists can help clients with concerns related to alleged exposures to TCE, including exposure-informed hazard assessment and controls.